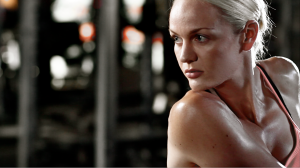 Sarah is a former WTA (Women’s Tennis Association) Professional Tennis Player, where she travelled and trained all over the world with the very best. At 10 years old she played her first tournament and by age 12 was touring on the Under 12 National Canadian Team. Within 2 years, at 14 years old, she successfully became one of the top players in Canada. By 17, she became pro and joined the WTA tour and moved to Great Britain, where she became top 7 in Great Britain open singles and in the 300s in the world. A few years later while she was on the rise she unfortunately had to retire her career due to injury.

It’s not surprising she followed this path of Tennis stardom. Her Aunt, Glynis Coles, in the 1970’s was #2 in Britain open singles and top 20 in the world reaching the Wimbledon round of 16 before falling to Margaret Court, also making the quarter finals of all 4 major grand slams in doubles with partner Sue Barker. Her great, great Aunt Mildred Coles also a British tennis player competed in singles at the 1908 summer Olympics and reached the last eight, of the then, ‘all comers’ ladies’ singles at Wimbledon in 1911.  In 1913 she also went on the English Tennis Team to South Africa where she was crowned champion as well as other big tournament wins. Both Sarah’s parents have been Tennis coaches for over 30 years and were also players in the junior and senior levels, with her father being a top British junior and her mother being ranked #1 in Canada over 35 in singles and doubles and has won 17 National titles in both singles and doubles in various age categories.

Throughout her time on the tour, Sarah had been lucky enough to travel the world and train with the top tennis and fitness coaches which include:

Sarah also ran for many years corporate fitness programs at Magna International Inc. As well as running her own boot camp classes for elementary teachers at a health & wellness academy in Toronto.

She has been featured on TV, documentaries, newspapers articles, radio and magazines spreads.